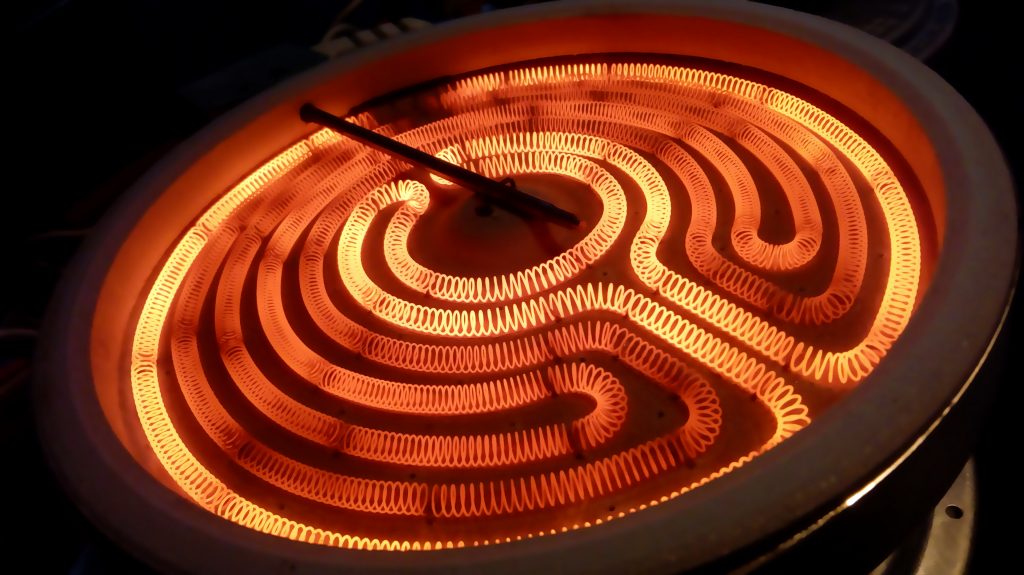 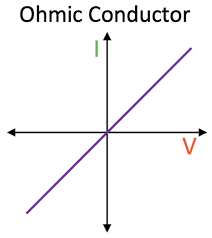 In my last post, I wrote about a fairly extensive piece on charge, current, and voltage in electricity. I said some things have something called charge and some things do not. Like charges repel, opposite charges attract. Electrons all have negative charges and so repel each other, but would be attracted to protons that have positive charges. I said that current is the rate of flow of charge, in other words: how much charge flows by in a certain time; and that voltage is the amount of energy per charge. In this post, I shall be focusing on electrical resistance and the topic known as Ohm’s law

So, if voltage is the energy per charge and current is how quickly the charge is flowing, it stands to reason that the more energy I give the electrons, the faster they will flow right? Right. 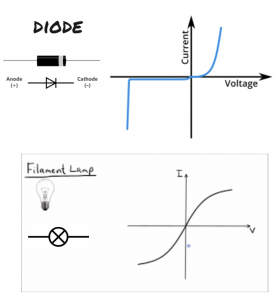 That’s basically what happens. You increase the voltage and the current also increases. Now, if the two are directly proportional, we say they are following a law called Ohm’s law. If current and voltage interact in this way within a component, the component is an ohmic conductor.

Not all components follow ohm’s law. Wires and resistors do (to a point), light bulbs and diodes do not.

HOW TO WRITE GOOD PHYSICS COURSEWORK – A TEACHER’S GUIDE

So, what is it that determines the gradient (steepness) of the line on ohmic conductors? Well in the graph above of the ohmic conductor, A steep line would mean only a small voltage would lead to a high current, and a gentle gradient would mean the opposite. So, if a larger voltage is required to produce the same current, then something must be resisting the current… ELECTRICAL RESISTANCE! 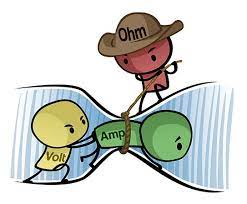 electric current to flow through it. That’s right. Resistance is measured in ohms, which uses the Greek letter ‘omega’, Ω as its symbol. If a component has a resistance of one ohm, then that would mean one volt of voltage would be required to produce a current of one amp going through it. So, voltage is providing the charge energy, that energy causes the charge to flow and the rate at which it flows is called current, and finally, the resistance is a measure of how much voltage is required to produce a particular current.

So, depending on how confident you are with your Maths you might be able to work out the equation for resistance… 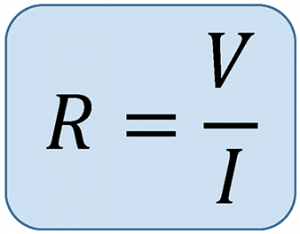 This can be rearranged using a formula triangle as shown below:

Warning! V=IR is not Ohm’s law!

Returning to Ohm’s law for a moment, we learned that if something follows Ohm’s law then voltage and current are directly proportional to each other. This can be written as:

This means that voltage would be equal to current multiplied by some constant. Now that we have learned about resistance, we see the constant that relates the two is resistance.

… and so this means that we can calculate the resistance of a wire or resistor from the gradient of the line as shown on these two graphs. 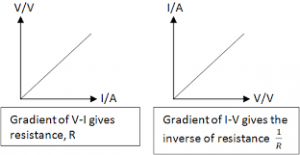 …. And it’s a big but…. V = IR is not Ohm’s law! Search online and it says it is everywhere, but it’s not, trust me. V=IR is just a formula which relates voltage, current and resistance. Ohm’s law states that current is directly proportional to voltage. You can use the V=IR formula on any component whether it follows Ohm’s law or not! If something follows Ohm’s law this would mean that the resistance is constant because of the gradient of the line is constant (ie. The line is straight), but if the resistance is not constant, you can still use the formula V=IR to work out these variables.

To emphasise the point made in the previous paragraph, let us consider the V-I graph of a filament light bulb: 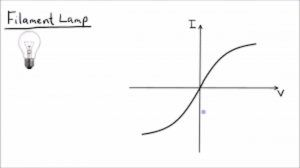 Voltage is on the x-axis and current is on the y-axis. As voltage increases, the gradient decreases. This would mean that for higher voltages, a larger increase in voltage. I’ve added some made-up numbers and zoomed in to show it more clearly below: 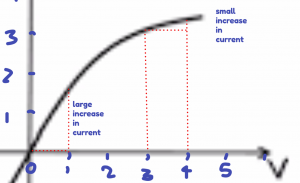 Ok, that’s it for this post. I shall write another one soon on series and parallel circuits and that will probably wrap it up for this series on electricity. Hope you have found it helpful!