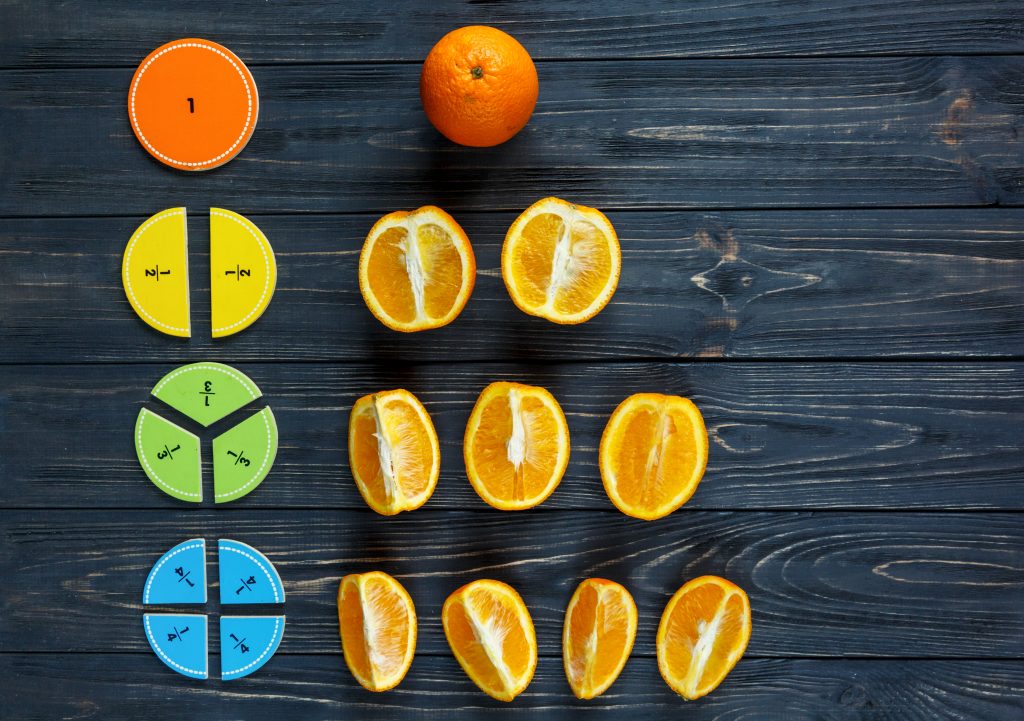 Improving number confidence – A fraction at a time

The term fraction comes from the Latin word ‘frangere’ to break and was first used to represent a broken number.  As early as 1800 BC the Egyptians were using fractions in their scriptures.

I often stated that multiplying fractions together is one of the easiest things to do when working with maths.  By simply multiplying the numerators together and multiply the denominators together we do not have to find the lowest common multiple.  It is understood at an early age that the word ‘of’ means times and that a ‘half of a half’ of a pizza is the same as a half times a half, which is a quarter: 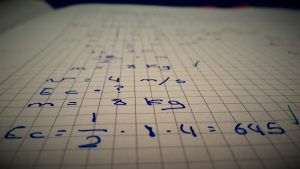 Cross canceling is often taught as a way of saving time for more challenging fraction work:

ilarly, for the diagonal going from bottom left to top right, we can divide through by 11 to obtain 3 on the bottom and 1 at the top. We then have:

HOW TO REVISE: 5 STUDY TIPS THAT REALLY WORK

Dividing fractions is also very easy if we remember the strategy of  ‘Flip, Kiss, Keep’ which involves inverting the second fraction, replacing the divide with a times (the kiss), and keeping the first fraction the same. Therefore:

Fraction multiplication and division can also successfully achieved by first changing the mixed number into a top-heavy fraction.  For example,

I have found that using highlighter pens makes this process a lot easier for younger pupils if they are asked to shade the whole number and the denominator of each fraction first to remind them that the process involves multiplying the big number by the denominator and adding the top number to obtain:

The most memorable breakthroughs with teaching fractions have happened when large class sizes have considered how best to calculate:

I will always remember the looks on the faces of my first ever adult students in Warminster who gave up two hours on a Monday evening for an academic year to achieve a cornerstone qualification with maths.  Students told me that during their school days, they got lost with fractions, and the feelings of failure carried on from there with other maths topics. 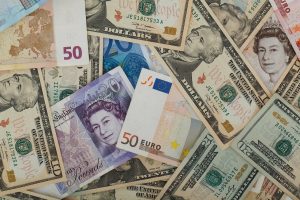 WHY SHOULD YOU BOOK A MATHS TUTOR?

I instinctively remembered that I had a twenty dollar bill in my wallet as well as a ten pound note.  With both notes on the table, I asked my adult students to say how much money was on the table.  Inevitably, the students quickly responded that we needed to first use the exchange rate between pounds and dollars and suddenly there was a fantastic lightbulb moment for the entire class.  This was especially helped by the exchange rate being one pound equals two dollars at the time and the answer of twenty pounds in total was quickly understood.

“A fraction remains unchanged if we multiply (or divide) the numerator and denominator by the same number.”

Hence  1/3  became 4/12 and ¼ became 3/12.   Using curvy arrows between the numerators and the denominators really helped.  As we now had a common currency of twelfths, the answer of 7/12 quickly became understood.  After that, it was a fantastic feeling to see every student in the group achieve their target grade. In addition, this led to career opportunities for the nurses and army trainees in this group; this even matched my feeling of seeing lots of ‘A’ level success in future years as a subject leader.

I wonder how the adult evening course students are doing now….

A bit about the author of this article, Chris C: 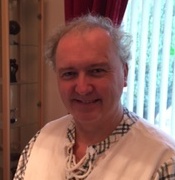 Chris is a freelance tutor who has 28 years of full-time teaching experience. He was Head of Department in a large Somerset college from 1992 to 2014.

He holds a B.Sc. in Maths & Science and a B.Ed. in Mathematics.

With an enthusiasm and interest in mathematics, Chris can raise self-confidence and belief by making maths fun. He concentrates on setting the language in context and building clear scaffolding in topics based on his insight and understanding of the subject.

You can enquire about tutoring with Chris here