9 books your teenager should read this summer

I have been a tutor of A-level English for 13 years. During this time, I have helped many young people understand and interpret the books on the syllabus, or those chosen for their coursework.  I’ve put together the best of the books I’ve had the pleasure of reading for my job, to make the ultimate summer reading list for an older teen.  They are, of course, perfect for parents to read too.

There is more than one book on this list that will tug at your heart strings, some might reduce you to tears, there are books with touches of humour, and a spine-tingling ghost story.  What they all have in common is that they will make the reader think, and they will prompt discussion.  After all, that is what good literature should do.

Almost all of these books have been made into films, so I have included the trailers to whet your appetite.  For The Bloody Chamber I have given you a reading from the book.

If you or your teen read only one book from this list I would suggest that Never Let Me Go should be the one.  It was written by a Booker-prize winning author and itself shortlisted for the Booker prize in 2005.  It is described as a dystopian science fiction novel, but it is also a mystery story and a touchingly emotional story of love, friendship and loss.

We follow Kathy, Tommy and Ruth, first as children in a seemingly privileged but certainly strange setting of a residential school, on through early adulthood and into a future unknown.  If you don’t know the answer to the mystery I won’t spoil it here, except to say that readers are left with questions, moral dilemmas to ponder, and often with tears in their eyes.

This is the first of two WWI novels on the list.  I considered adding Regeneration by Pat Barker too, but experience has taught me that students seem to be moved more by Birdsong than Regeneration.  Birdsong became a bestseller, selling more than 2 million copies in the UK and more than 3 million worldwide, and is has been taught in schools and universities to both English and history students. Birdsong, Sebastian Faulks

It is a story of a brutal war, but also of unwavering love, courage and survival.  The book spans 3 generations, revealing the gap between the horror for those at the front and the lack of awareness of future generations.  As Faulks said

‘No child or future generation will ever know what this was like. They will never understand.  When it is over we will go quietly among the living and we will not tell them. We will talk and sleep and go about our business like human beings.  We will seal what we have seen in the silence of our hearts and no words will reach us.”

Another war story, but this time set in 1941, in WWII, on the beautiful Greek island of Cephallonia during the occupation by Italian and German soldiers during WWII.  It is very much a love story, but also a story of war, resistance and gender dynamics.

The narrative style is interesting and makes a good discussion point.

The Woman in Black – Susan Hill

Do you or your teenager like a good ghost story?

A touch of the gothic with an isolated house, a mystery and a vengeful ghost?  In that case you will love The Woman in Black. Susan Hill is arguably one of the most accomplished contemporary story tellers and she writes compellingly spooky ghost stories.  Give it a go.

First, be warned that this book has profanity, so if you are worried about your teenager reading swear words, this book will not be for you.  However, the swearing is there for a reason in this book – it is there for authenticity and realism – and that becomes apparent when you read it.

The author met Stuart, a homeless man, in 1998 in Cambridge.  This is his biography.  It is gritty, earthy, sometimes funny, well written and thought provoking.  Unusually the biography is written backwards, starting from the dreadful, violent, homeless mess that Stuart’s life has become, back to his childhood.  As more of his childhood is revealed it becomes more apparent how he ended up on the streets and his often inexplicable behavior begins to make much more sense.

Emily Bronte’s masterpiece is one book that every teen should read at least once.  A romance with a big dose of gothic, it is the story of a fated romance set in the wild and beautiful moors where Bronte lived with her family.

This is how Waterstones describes it:

Torrid, iconoclastic and utterly unique, Emily Bronte’s sole published novel evokes the violence of doomed romance like no other work of literature. Detailing Cathy and Heathcliff’s self-destructive relationship amidst the wild, feral atmosphere of the Yorkshire moors, Wuthering Heights remains an incomparable masterpiece of British fiction.

You may be thinking ‘but I have seen the film’, and yes, many people have, but it is nowhere near as good as the book in my opinion.  What comes across in the book so beautifully is the unusual use of narrative voice.  The author switches cleverly between the voices of Nick and Amy, keeping us guessing, never letting us settle into our comfort zone.  The complex plot, the intriguing characters and with a slight-of-hand worthy of the best magician, Flynn keeps us guessing right until the end.  Well worth a read.

This is the second WWI story on the list.  The usual reaction from a teenager faced with the book is shock at the size of it.  To those who have gone through school with the shortest-possible books chosen for them, the size of Testament of Youth is a surprise.

But it is certainly worth persevering with this book.  It is the memoir of Vera Brittain (1893 to 1970) depicting her experience of WWI where she nursed wounded soldiers in France, Malta and England.  It was published in 1933, between the wars, and is unusual as it tells the story of those left behind.  In this book we get an insight into the impact of the war on the lives of middle-class women in Britain.  And the impact was huge, as Brittain does not shy away from showing us.

The Bloody Chamber and Other Stories – Angela Carter

If your teen would prefer a collection of short stories, especially those that are decidedly unusual, then The Bloody Chamber is for them.  Based closely on fairy stories, Carter weaves a world of the supernatural that references such childhood favourites as Beauty and the Beast, Sleeping Beauty, Puss in Boots and Little Red Riding Hood, but certainly not as you know them.

She also reinvents the gruesome Bluebeard, which is the longest story in the book and gives the collection its name The Bloody Chamber.

I hope you and your teenager enjoy exploring the books on the list this summer.   All these books should give you food for thought and should inspire discussion.

Let us know which of the books you have read and what you think of them.

Are you looking for a tutor to help your child reach their full potential?

We will never offer your child an unqualified student, someone without a police check, or anyone who isn’t experienced.

We’re offering summer catch up lessons to prepare for going back to school in September. All subjects at GCSE and A Level. English and Maths for younger children. For info please email hello@thetutorteam.com or… instagram.com/p/CCizXIEF2jG/…

We’d like to welcome Karen to our team. Karen is a qualified teacher of Maths, Economics and Business Studies with over 18 years teaching experience. She has also been an Examiner & Moderator for Edexcel. We are… instagram.com/p/CCVOr4elAfP/…

Welcome Dr David who has joined us to teach history. A Cambridge graduate and very experienced tutor, we are very glad to be working with him. #history #historian #tutor #tutorial #onlinelessons #phd #alevels… instagram.com/p/CCF1K1Yl6Nj/…

We’d like to welcome Ruben to The Tutor Team, where he will be teaching Economics and Maths. Ruben is an examiner for AQA, OCR, and a Edexcel. We are delighted he has joined us #tutor #economics #maths pic.twitter.com/w6Hc8Ffhlx 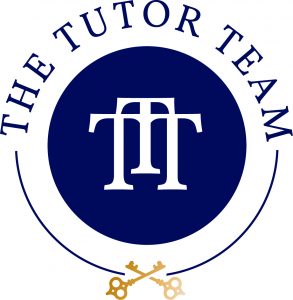 If your child’s school has closed due to Coronavirus or their education is being disrupted, we can help.

Contact us here for a friendly chat about how we can support you and your child.